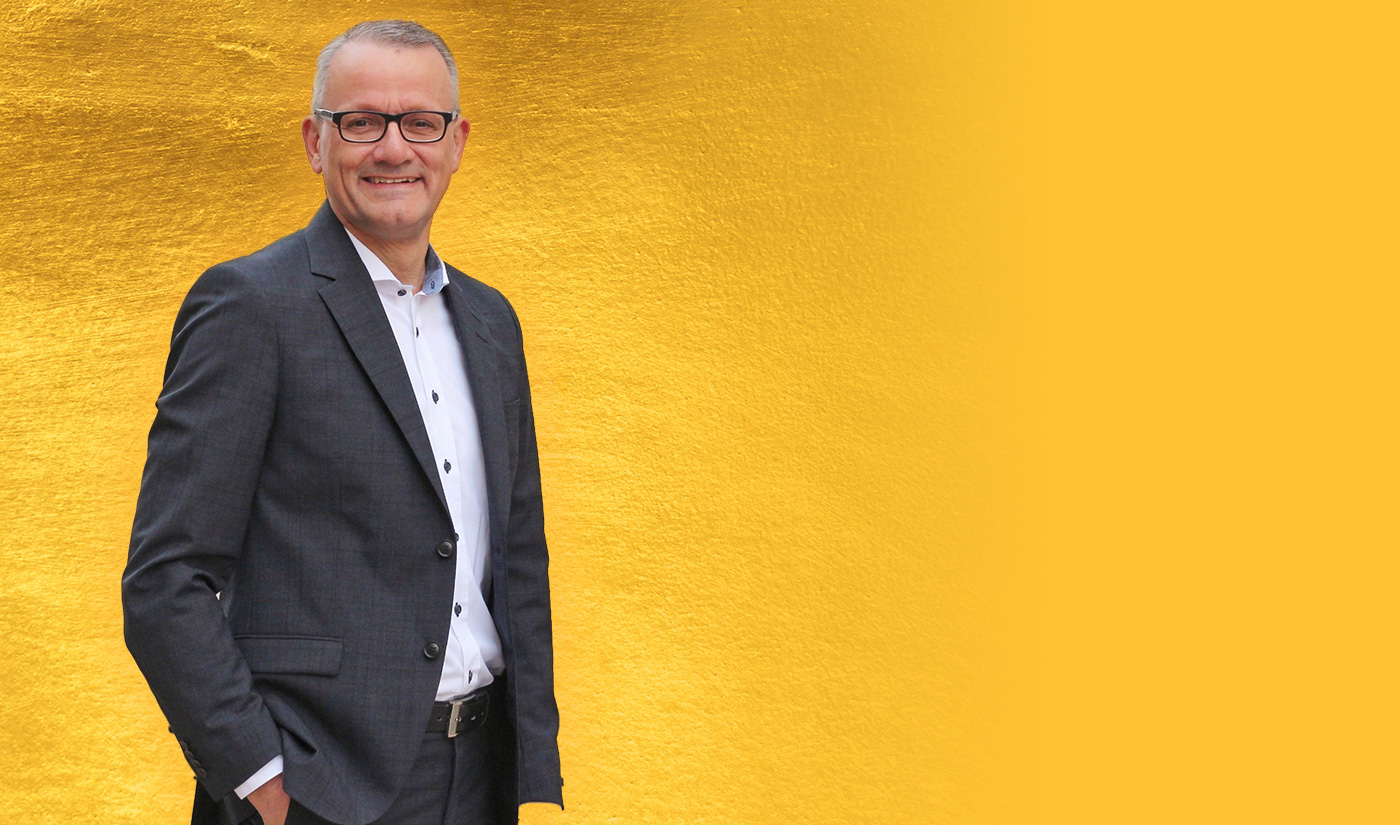 Wolfgang Wrzesniok-Rossbach, with over 30 years of professional experience, is one of the leading precious metal experts in the German-speaking world. In the course of his career, he has gained experience in Germany and abroad in practically all aspects of the bullion business; from the bullion banking sector including central bank business, to industrial companies and last, but not least recycling firms and trading with private investors, all resulting in a deep understanding of the market, which he now brings to Fragold GmbH as its founder and managing partner.

Prior to founding Fragold GmbH, Wolfgang Wrzesniok-Rossbach was CEO of Degussa Goldhandel GmbH for eight years. Under his leadership, from 2011 onwards, the then newly founded company based in Frankfurt quickly became the German and European market leader for trading in physical investment precious metals with private customers. With around 160 employees in 16 locations in Germany and abroad and group sales of up to 1.9 billion euros from approximately 250,000 customers per year, Degussa became a highly respected name in the national and international precious metals market.

The successful acquisition and integration of several companies during his term of office, such as the precious metals trader Silvior GmbH in Würzburg, the Schellhorn and Roth refinery in Pforzheim and the London-based precious metals specialist Sharps Pixley, rounded off Wrzesniok-Rossbach’s extensive portfolio of tasks.

Degussa’s success was due both to its nationwide branch network in leading cities plus its highly successful online business, which catapulted Degussa into the top 25 online shops in Germany.

Numerous test wins, including five times in a row being voted “Best Precious Metals Dealer of the Year” by the magazine Euro am Sonntag, also confirmed the strategy adopted by Degussa from the perspective of consumers and customers as a reliable and quality supplier.

Prior to Degussa, Wrzesniok-Rossbach was responsible for business development in sales / marketing activities at Heraeus Metallhandelsgesellschaft mbH for six years, focusing on advising corporate customers and banks in the areas of financing, risk management and procurement of precious metals.

Wolfgang Wrzesniok-Rossbach began his career in 1986 in the precious metals trading department of Dresdner Bank in Frankfurt, where he became head of desk in 1992, pending his joining of Heraeus.

In addition to the non-physical precious metals business, this department also included trading in banknotes, investment precious metals, as well as the bank’s numismatics business. In addition to extensive business with well-known industrial companies, one of the world’s largest banking gold books with Central Banks was built up under his leadership. At that time, Dresdner Bank’s customers included central banks across all continents from the Far East to the Americas.

Under the leadership of Wolfgang Wrzesniok-Rossbach, Dresdner Bank in Frankfurt also entered in the early 2000s the corporate customer business and trading in non-ferrous metals and energy, trading commodities such as copper, aluminium, heating oil and kerosene following the liberalization of the financial markets in Germany.

In addition to 20 years based in Frankfurt, Wolfgang Wrzesniok-Rossbach has international experience working in the banks dealing operations in Singapore and Sydney.

In the course of his professional life, Wolfgang Wrzesniok-Rossbach has published numerous articles on precious metal topics and held countless lectures and presentations in German and English. For more than five years he was also the part-time author of a weekly precious metals column in the German edition of the Financial Times (FTD).

We may request cookies to be set on your device. We use cookies to let us know when you visit our websites, how you interact with us, to enrich your user experience, and to customize your relationship with our website.

Click on the different category headings to find out more. You can also change some of your preferences. Note that blocking some types of cookies may impact your experience on our websites and the services we are able to offer.

These cookies are strictly necessary to provide you with services available through our website and to use some of its features.

Because these cookies are strictly necessary to deliver the website, refuseing them will have impact how our site functions. You always can block or delete cookies by changing your browser settings and force blocking all cookies on this website. But this will always prompt you to accept/refuse cookies when revisiting our site.

We fully respect if you want to refuse cookies but to avoid asking you again and again kindly allow us to store a cookie for that. You are free to opt out any time or opt in for other cookies to get a better experience. If you refuse cookies we will remove all set cookies in our domain.

We provide you with a list of stored cookies on your computer in our domain so you can check what we stored. Due to security reasons we are not able to show or modify cookies from other domains. You can check these in your browser security settings.

These cookies collect information that is used either in aggregate form to help us understand how our website is being used or how effective our marketing campaigns are, or to help us customize our website and application for you in order to enhance your experience.

If you do not want that we track your visit to our site you can disable tracking in your browser here:

We also use different external services like Google Webfonts, Google Maps, and external Video providers. Since these providers may collect personal data like your IP address we allow you to block them here. Please be aware that this might heavily reduce the functionality and appearance of our site. Changes will take effect once you reload the page.

The following cookies are also needed - You can choose if you want to allow them: